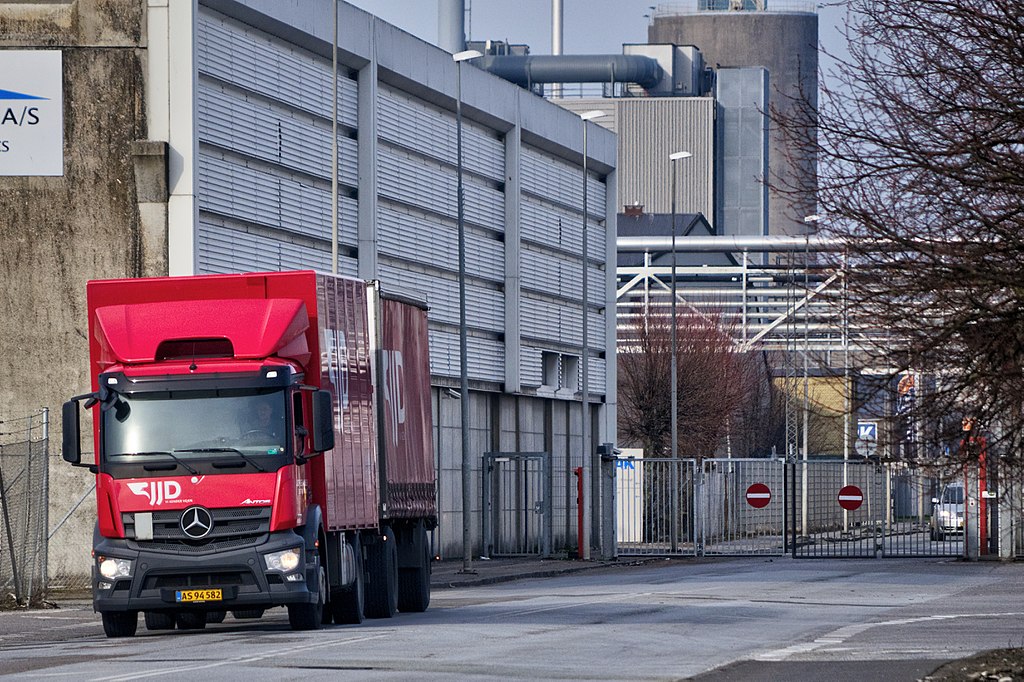 This Green Mobility Policy Briefing provides significant coverage on the challenges caused by HDVs in the EU, and also covers how Europeans are demanding more action on transport emissions. Lastly, we explore why and how Utrecht was named most bike-Friendly City for 2022.

Greenhouse gas emissions from heavy-duty vehicles (HDVs) in the EU pose challenges to the European Green Deal and 2050 climate neutrality targets. According to a briefing published by the European Environment Agency (EEA) greenhouse gas emissions from heavy-duty vehicles (over 3.5 tonnes, or holding more than eight seats) in the EU have increased every year since 2014, barring a dip in 2020 due to a halt in transportation of goods and movement of people during the Covid-19 pandemic. Despite a general decrease in greenhouse emissions from various sectors across the EU, the transport sector has not followed this trend and accounts for nearly a quarter of EU road transport emissions. Although improvements have been made to increase the efficiency of HDVs and logistics, the EEA holds that such improvements are being outpaced by demand for freight transport. This poses challenges for the European Green Deal and the EU’s ambitions to reach climate neutrality by 2050. To combat disproportionate levels of emissions, the EEA suggests that freight transport should shift to more efficient modes, switching from trucks to rail and cars to buses, rail, trams, and metro. Alternatively, the European Automobile Manufacturers’ Association (ACEA) advocates for strong incentive schemes to encourage transport operators to invest in zero-emission vehicles, in addition to providing adequate and dense infrastructure needed to charge and fuel HDVs. – Jessica Atkinson 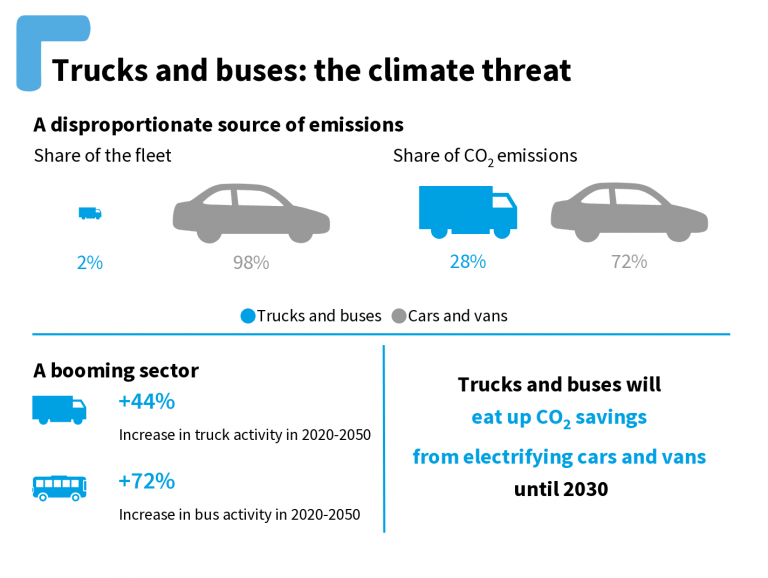 NGO recommends ambitious new emissions targets for HDV’s The European Non-Governmental Organisation Transport and Environment (T&E) has recommended a tightening of EU emission targets for Heavy-duty Vehicles ahead of a review by the EU Commission of its current regulations in November. A new T&E policy document for September 2022, has pointed out that HDV emissions contribute 28% of total emissions from road transport, despite HDVs making up 2% of the entire EU fleet. It warns that current EU policies are “too low”, and will lead to HDV emissions to increase by 30% compared to 1990 levels by 2050, jeopardising net-zero ambitions set out in the European Climate Law 2019. To avoid this failure, T&E recommended a programme of new targets that will see a 95% reduction in CO2 emissions from HDV by 2050. It speculates the three hypothetical paths the EU could take to address this; the delayed scenario, the central scenario, and the accelerated scenario, recommending the central scenario as the best option to facilitate “rapid emissions and oil savings, while having a smoother and non-disruptive transition path”. This path will address the disappointing percentage EU HDV on the road which lies at 0.47% by targeting a 100% zero-emission HDV sales by 2035. Clean trucks director for the Transport & Environment Sofie Defour assures the targets will “help Europe get the last diesel vehicles off its roads in time to help avoid climate catastrophe”. Additionally, it will address the issue of Russian oil dependency, aiming to wean off 39% of Russian diesel by 2030 and possibly be “free from it by 2032”.  Such measures could provide a future solution to the issue of energy prices, which are high following the latest round of European sanctions that will ban nearly 90% of oil imports by the end of the year. Defoir notes that new car emissions targets in the ‘Fit for 55’ legislative proposals “has paved the way for trucks” to adopt similar ambitious targets.  – Ollie Jenkins

Europeans Demand Regulators Take Action on Transport Emissions. 75% of Europeans believe action needs to be taken to lower the air pollution produced from vehicle emissions, a recent poll by Tallano Techhas declared. The survey of five major EU member countries (Germany, France, Italy, Belgium and the Netherlands) announced 3 in 4 would support regulation tackling fine particle emissions from transport, due to its concerning effects on well-being and health – especially given exposure to fine particulate matter contributes to 300,00 deaths in Europe every year (according to the European Environment Agency). Exhaust emissions only contribute to 20% of outdoor air pollution, whereas braking systems and vehicle tyres contribute the remaining 80%. Yet, only exhaust emissions are regulated in the EU and recognised by the public. Brakes emit around 6 times more particles than the limit set under the current Euro 6 standard for exhaust pipe emissions, which are then released into the air posing serious health risks such as respiratory problems and dementia, besides environmental issues. The European Commission is currently preparing to release a new package on emission standards for road vehicles. Euro 7 will set legal limits for almost 100 million petrol and diesel cars to be released for selling in the EU from 2025. If non-exhaust emissions are not addressed in this policy, a whole new wave of vehicles will be released with no constraints over toxic particles, even though 97% of non-exhaust particles can be eliminated with a combination of affordable and operable technologies. – Bethan Alderson

EU penalties set to raise costs of fossil fuels to above the price of green alternatives.

Utrecht Named Most Bike-Friendly City for 2022. The world’s most bicycle friendly city has been named as Utrecht, The Netherlands, by the Global Bicycle Cities Index 2022. The 4th largest city in The Netherlands scored 77.84 in the index, well above the competition. The Index studied 90 cities worldwide, considering factors such as bicycle usage, the weather conditions, infrastructure, crime & safety levels, bike sharing opportunities and awareness events such as ‘No Car Day’. Utrecht took first place as it has high quality and investment in bicycle infrastructure, high numbers of bicycle shops and a low number of traffic accidents – but one of the lead metrics which made the city stand out was having the overall highest number of cyclists (51% of the population). Eight other European cities also featured in the top 10. This comes as more needs to be done to encourage cycling and make cities more bicycle friendly. If cycling in Britain increased by six times in popularity, and replaced driving, a net reduction of 7.7 million tons of CO2 could be made, the equivalent of 6% of the UK’s transport emissions. The UK Government invested £2 billion to encourage cycling and walking in 2020, including bike lanes, safer junctions and cycle repair vouchers which is to work alongside withstanding implementation such as the cycle to work scheme, in the hope to reduce carbon emissions.  – Bethan Alderson