Joe Biden Loves Trains. But In a Land Where the Car Is King, America Is Divided’ 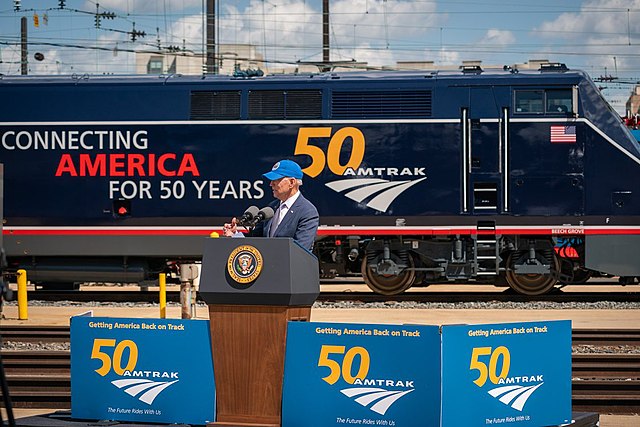 Throughout his tenure in public life Joe Biden has made no secret of his long held affection for the United States passenger railway services known locally as ‘Amtrak’. During his time as a Senator, Biden took the Amtrak train from Delaware to Washington D.C everyday for 36 years, travelling over 2 million miles overall [1].

It is unsurprising that as President, Biden would show an interest in improving Amtrak services which have become a somewhat neglected public transport network in the States. Biden pledges the most significant investment in rail since the creation of Amtrak 50 years ago to encourage more people to take the train as part of the Build Back Better plan. With Biden describing Amtrak as ‘the single-most significant way we can deal with global warming’ [2].

Interested in the geopolitics of energy? Take a course in the Politics and Economics of International Energy offered by Sciences Po on Coursera.

Amtrak has a similarly ambitious plan of its own to expand rail corridors over the next 15 years with the aid of $75 billion of federal investment. Creating 39 new routes and increasing passenger use by 20 million annually. Sustainability is key to the program, the evidence provided from Amtrak’s 2019 sustainability report demonstrates electric trains emit 83% fewer emissions than driving. If, for example, commuters from New York to D.C switched to Amtrak they’d avoid emitting over 250 million pounds of emission. Clear evidence that a shift to rail travel will increase emissions savings [3].

A combination of issues threatens to derail any improvement to the Amtrak’s services. For starters, appetite for better public transport has historically been muted. Simply because driving is so ingrained into the modern American psyche; America was the first nation to move towards mass motorisation, by the mid-1930s there was already 1 car for every 2 households. Driving remains significantly cheaper than in Europe where fuel prices are twice as much as those in the States, and it’s also due to the simple fact: city planning designed for cars makes cars the best mode of transport [4].

Today, attitudes are shifting among Americans. With concerns over climate change at the forefront of this shift; a poll for Amtrak in 2020 found that 75% of Americans agreed that a move to trains or public transport should take place to address the impact of transportation on the climate [5].

Nevertheless, there remains a significant minority who are committed to driving. It’s the unfortunate view among some Americans that public transport is a social program for the poor and, therefore, doesn’t deserve additional funding [6]. It is this vocal minority which threatens to derail any planned improvements to Amtrak services.

The most recent flashpoint over Amtrak is a dispute between Alabama, Mississippi and the private railroads over plans to reinstate twice a day passenger rail services between Mobile, Alabama and New Orleans, Louisiana; this is on one of many railways in America used exclusively by private freight trains. Mississippi supports the proposal citing the Rail Passenger Association’s projection that the Amtrak line could generate $120 million to $1 trillion for the Gulf South. Alabama takes the opposite opinion, fearing passenger services will disrupt freight rail which Mobile depends upon and cites the argument that taking a car is simpler for passenger transport. As Mobile councillor, Joel Davies said: ‘The economic infirmities pale in comparison to the threat to the economy’.

CSX, a private railroads company, which owns many tracks across the South is lobbying against Amtrak claiming they estimate the plan will cost up to $2 billion. Cost is not the only factor alarming the private rail companies, as the CEO of CSX Jim Foote stated: ‘It’s about a national agenda; to impose passenger services without working with the host carriers or communities to add capacity’ [7]. The argument developing against the Amtrak expansion appears to be that the project will cost too much to implement and too little assistance will be granted from Amtrak on the ground.

The case will be referred to the Surface Transportation Board (the STB) which will rule whether Amtrak can force private railroads to run passenger trains. The nation’s eyes will be on the STB’s decision, which will likely play a pivotal role in shaping future Amtrak expansion plans across America. A verdict in favour of Amtrak will limit private rail’s ability to keep tracks for freight only; if STB decides against Amtrak, the same arguments as those presented in this dispute could be used to halt other routes [8].

Chair of the House of Representatives Committee on Transportation and Infrastructure, Peter DeFazio came to the conclusion ‘If Amtrak has to seek an STB order every time it wishes to launch a new route or more trains then the historic investment will be derailed’. Essentially trapping Amtrak’s improvements in bureaucratic hell for the foreseeable future.

Related: There Is No Planet B: A Handbook for the Make or Break Years (2021)

DeFazio and Amtrak have built a strong case for the new passenger services, making the point the railways have a legal mandate to provide Amtrak access to operate on its lines and they dispute the CSX estimate of the cost to implement passenger rail. Instead, the Department of Transportation estimated in 2017 the more modest cost of $120 million [9].

The aforementioned shifting opinions about trains with the factor of sustainable transport might influence the outcome of the hearing due to the evident appetite for better trains and the growing awareness of climate change. Regardless of public opinion, Joe Biden’s bold plan to rejuvenate Amtrak, and, by extension, America’s future public transit system, lies in the hands of the Surface Transportation Board. 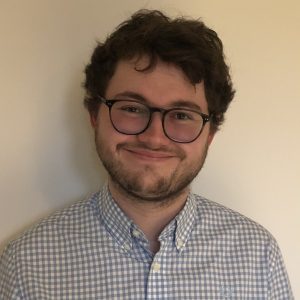 Ed is a recent History graduate from the University of Liverpool, with a passion for research in politics, history and current affairs to inform a better understanding of our world and its future.
All Posts 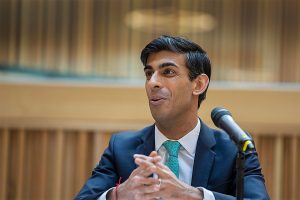 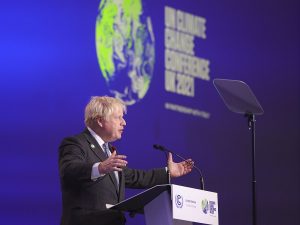 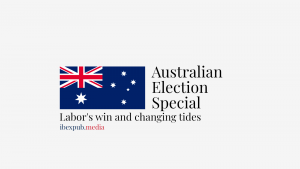 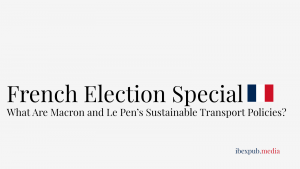 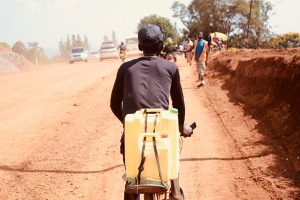 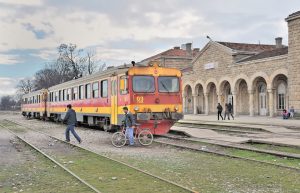 ‘The Future Is on Tracks’: European Commission Pledges €3.2 Billion To Improve Railways and Sustainable Transport in The Western Balkans.