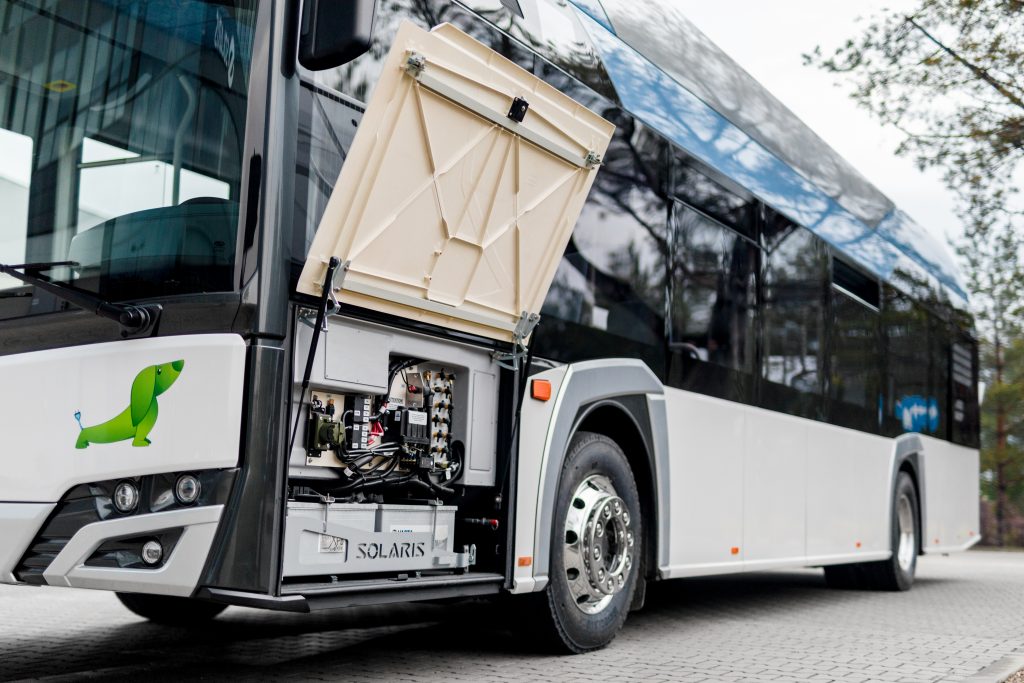 The southern French city of Montpellier has announced that it will cancel plans to own and operate 51 hydrogen buses after finding that it would be six-times less costly to exploit their electric counterparts.

The announcement, confirmed by mayor Michaël Delafosse, marks a significant shift in the city’s 2019 mobility strategy, previously dubbed “Montpellier Horizon Hydrogène”. Under the hydrogen scheme, Montpellier was set to operate 51 hydrogen buses, 21 of which would enter service in 2023 and the last 30 from 2025.

Moreover, the buses were set to be powered by a solar-powered hydrogen electrolyser and a centralised distribution system operated by a joint venture between Energies du Sud and Hynamics, a subsidiary of the French electricity giant, EDF Group.

Although the city received significant funding from the regional authority, the French Agency for Ecological Transition (ADEME), and the European Union, subsidies were limited to the initial investment, and not the operation of the buses; a problematic feature since the hydrogen buses were said to cost six-times more to operate per year when compared to electric buses: €3,000,000 in lieu of €500,000.

“Hydrogen technology is promising […] but we were subsidised for the investment and not for the operating costs of the project; so for the moment we are giving up hydrogen for our buses. We will see in 2030 if it is cheaper” – Montpellier Mayor Michaël Delafosse.

Montpellier’s approach has not been mirrored in the UK, where hydrogen buses continue to play a prominent role in many public transport decarbonisation strategies.

Metroline, for one, operates 20 double-decker hydrogen buses across London. The private operator has, however, received £6 million of funding from Transport for London, more than £5 million of funding from European bodies such as the Fuel Cells and Hydrogen Joint Undertaking, the Innovation and Networks Executive Agency (INEA), an executive agency of the European Commission, and more than as £1 million from the Office of Zero Emission Vehicles.

Related: Diesel Buses: The Writing is on the Wall.

Similarly, private operator Go-Ahead has recently ordered 34 hydrogen-powered buses from Wrightbus, adding to an initial order of 20 units which was partially financed by UK state aid.

These developments, and the omnipresence of state aid in many hydrogen-powered bus projects, may casts doubt on the commercial viability of these vehicles.

Nonetheless, existing fleet plans and the lack of electric-vehicle infrastructure in many rural regions means that many operators and public authorities will likely continue to look favourably upon hydrogen-centric public transport decarbonisation strategies.

Further reporting on the Montpellier mobility strategy by La Tribute (In French): latribune.fr